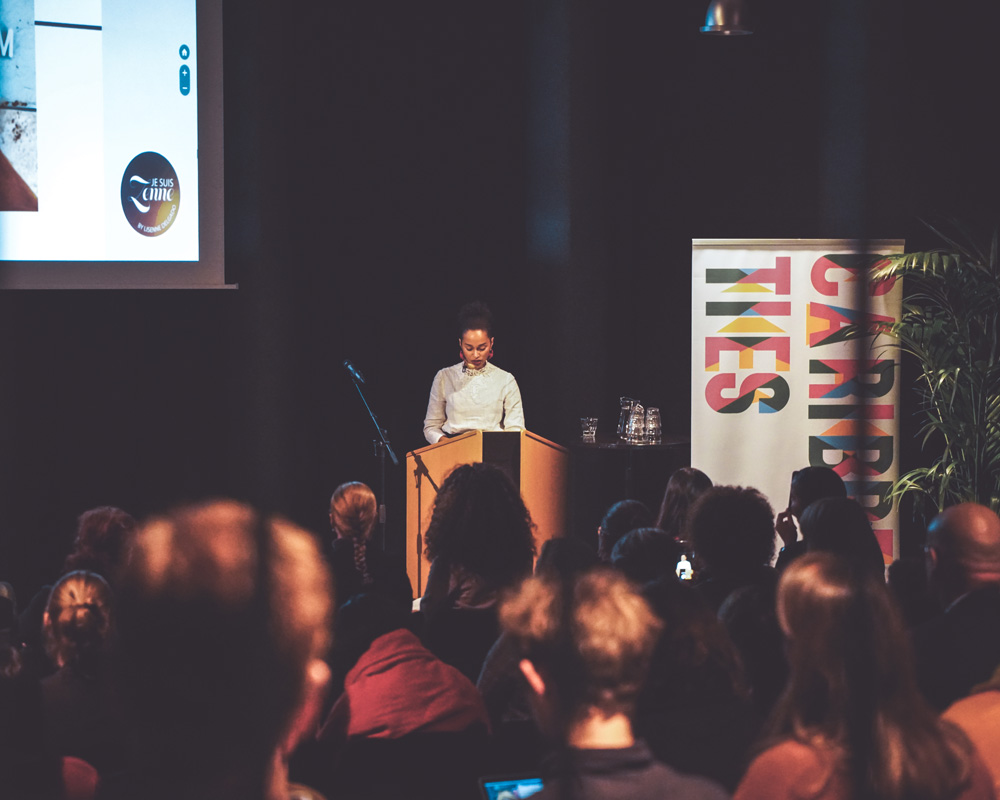 The feeling of Home

By Lisenne DelgadoDecember 24, 2019December 26th, 2019No Comments
He asked me if connections are needed to feel at home. I answered his question. Later I realized that the real answer had showed itself to me a couple of moments before.
He = Richard Kofi, the moderator during the Caribbean Ties symposium. Lovely Dyonna Benett had asked me to deliver a keynote. For my keynote I decided to share some thoughts on ‘Heritage as Possibility for Freedom’.
I spoke of how stories can touch the existential, how stories create reality. I spoke of the importance of making conscious choices about what stories are told, and the importance of different perspectives.
I also spoke of relations and chaos. And with a visualization I made the audience experience for themselves what chaos looks like. Chaos in the original meaning of the word: emptiness; a void before creation.
While I spoke I suddenly noticed she was there. She was sitting on the third row, her eyes closed, presumably seeing before her eyes the visualization I had invited the audience to see. And I felt touched. I felt at home.
She = Tânia, a young beautiful woman, who I met years ago during dance classes. We chose to have a loving relationship as friends. And now, years later, when I see her unexpectedly I feel that; at home.

DESIGNED WITH ♥ BY FABIENNE